EUROCHAMTT has been endorsed by the European diplomatic missions and the Delegation of the European Union and recognised by the Government of the Republic of Trinidad & Tobago.

In 2014, EUROCHAMTT became a member of the European Business Organisation (EBO) Worldwide Network – the voice of European business abroad. The EBO stands as the sole organisation representing European business interests in markets outside the European Union. It represents a network active in over 35 key markets that serves European multinationals, as well as micro, small, medium and large enterprises.

Our purpose is to:

EUROCHAMTT is an initiative of European and Trinidad and Tobago business persons, driven purely by the desire for stronger linkages, greater visibility of successful European/Trinidad and Tobago partnerships, better market access, and opportunities provided by the CARIFORUM-EU Economic Partnership Agreement.

DELEGATION OF THE EUROPEAN UNION TO TRINIDAD AND TOBAGO 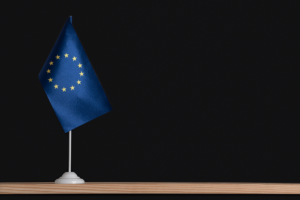 We are a member of the EBO Worldwide Network (EBOWWN), the voice of European business in third markets. EBOWWN is based in Brussels, Belgium